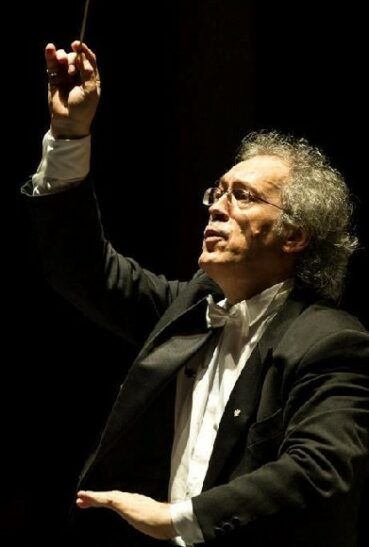 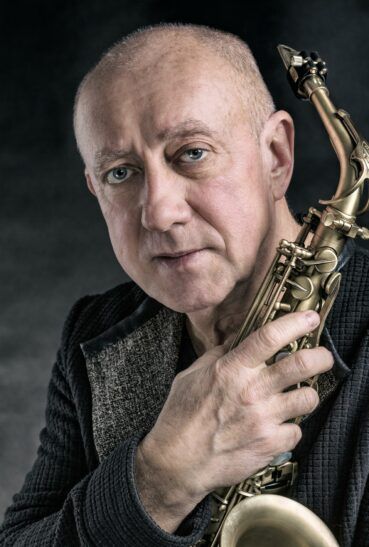 The Altissimonica project by Jan Ptaszyn Wróblewski, legendary Polish jazz musician, was premiered in 2000 by the artist to whom it was dedicated: Henryk Miśkiewicz. The title is a playful reference to the his main instrument: the alto saxophone, of which he is a master, and to the name of the composer’s granddaughter, Monika. The work was composed for symphony orchestra (the premiere featured the Wrocław Philharmonic Orchestra conducted by Jan Walczyński), and released in 2004 on an excellently received CD featuring the Polish Radio Orchestra conducted by Zbigniew Graca.

The composition consists of a cycle of four movements linked by a main theme that is the object of the soloist’s variations and improvisations, separated by interludes. The concert will be performed by the brilliant artists featured on the premiere recording. The solo part will be performed by Henryk Miśkiewicz, present on the jazz scene since the late 1960s. Considered one of the greatest alto saxophonists, he also plays the soprano saxophone and clarinet. He co-founded the Jazz Carriers and Sun Ship bands, played a soloist in the Polish Radio Jazz Studio. Currently he is the leader of the Full Drive ensemble. He is a winner of four Fryderyk Awards as well as a multiple winner of the Jazz Top contest organised by the Jazz Forum magazine. He has performed with a plethora of the most eminent Polish and international stars and released an impressive number of recordings. Zbigniew Graca is a graduate of the Warsaw Academy of Music in Tadeusz Wroński’s violin class and symphonic and opera conducting class under Stanisław Wisłocki. A laureate of various prestigious competitions, he has worked, among others, with the Radio Orchestra in Warsaw, as concertmaster and conductor – with the Symphony and Opera Orchestra in Aachen. He used to be full-time conductor at the Royal Opera House in Copenhagen and Artistic Director of the State Opera House in Wroclaw. From 1989 to 2017 he was full-time conductor of the Warsaw Chamber Opera, with which he prepared and conducted the premieres of many operas by Mozart, Rossini. He also co-created the annual Mozart Festival in Warsaw since its first edition in 1991. Currently Zbigniew Graca holds the position of the Polish Royal Opera Conductor. His art has been admired in many European countries, as well as in Japan, the USA and Israel, and his pieces were released on many recordings.

Henryk Wars (1902-1977) is remembered above all as one of the pioneers of Polish jazz and a brilliant songwriter – the author of countless witty, superbly arranged hits (especially movie songs – his works were featured in more than 50 productions!), whose popularity peaked in the 1930s. They were sung by Hanka Ordonówna, Zuza Pogorzelska, Adolf Dymsza, Eugeniusz Bodo and many other stars. After the war, he settled in the USA, where he found success as a composer of music scores for Hollywood films, as well as a composer of more songs performed by, among others, Bing Crosby and Doris Day. Like Nino Rota or Ennio Morricone, Wars composed also ambitious concert works, which are less remembered and remain in the shadow of his most popular pieces. His monumentally colourful four-movement Symphony No. 1 (1949), echoing the post-Romantic tradition, delights the listeners with its changeability of moods, combining subtle lyricism with rhapsodic-dramatic elements. The audience may certainly notice that the piece reflects the composer’s experience with vividly emotional, “pictorial” film music, but at the same time it is an autonomous work of great artistic merit. [pmac]