The Seven Last Words of Christ on the Cross 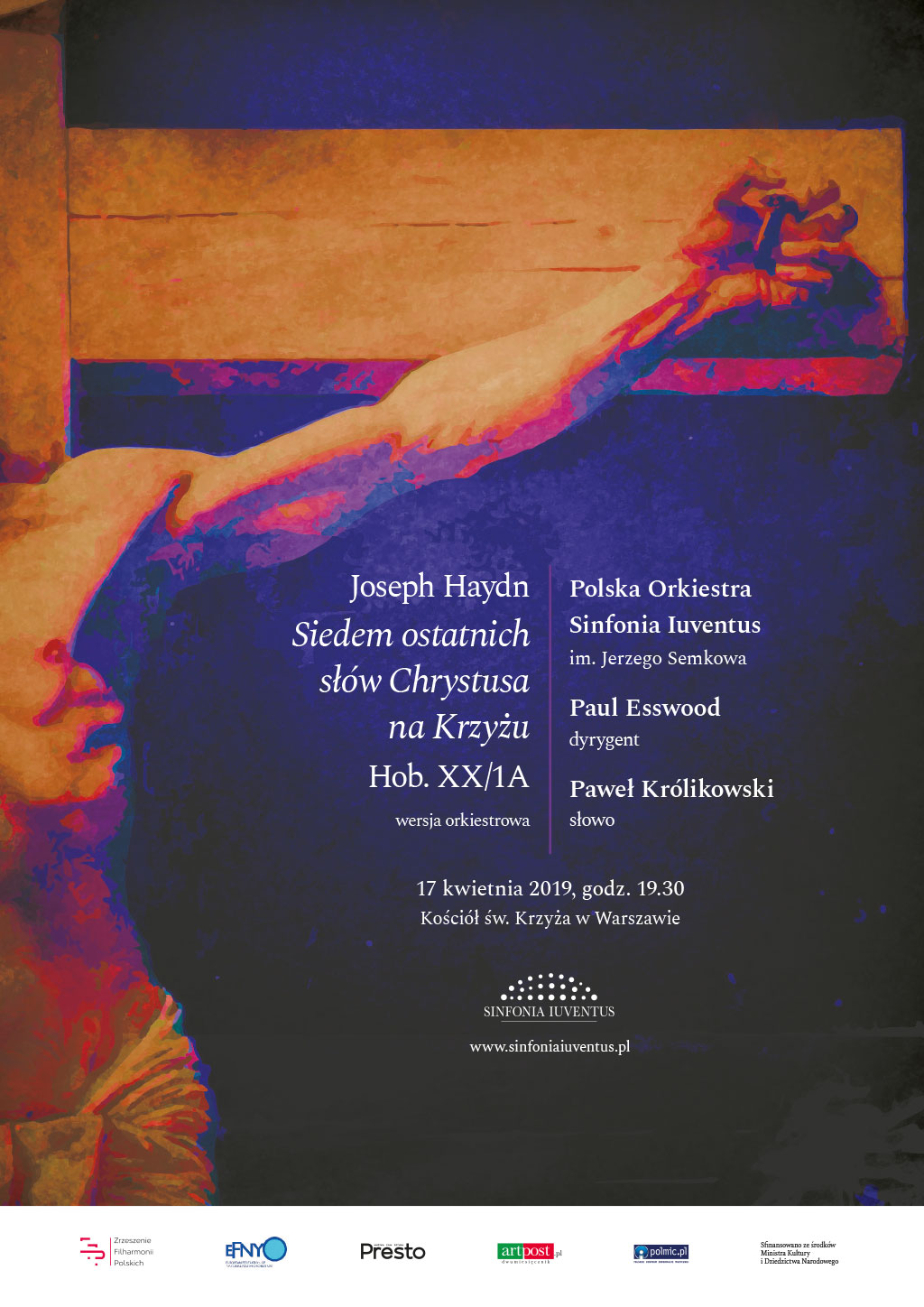 The Seven Last Words of Christ on the Cross by Joseph Haydn Hob. XX/1A (orchesrtral version)

The Gospels convey seven sayings of Jesus uttered while he was dying on the Cross (commonly referred to as ‘the seven words’) – these messages, so significant for Christians, were often reflected upon by theologists and became a topic of homilies as well as musical compositions. In such a way they were interpreted by the grand Heinrich Schütz in the 17th century, and in the 18th century – by Giovanni Battista Pergolesi, Christoph Graupner and many others. The masterpieces of those artists conveyed the words of the Saviour by singing – in a form of oratorios and cantatas. In 1786, Joseph Haydn received an extraordinary commission from Cádiz, a city in Andalusia located at the edge of the coast of Spain. A local clergyman, Don José Sáenz de Santa María, wanted an instrumental composition accompanying prayers and contemplation of ‘the Seven Words’ to be performed at Oratorio de la Santa Cueva in Cádiz on Good Friday the following year. At that time Haydn was in the service of the wealthy and authoritative Nikolaus I, Prince Esterházy, who was particularly unwilling to let his favourite musician leave the grandiose mansion by Lake Neusiedl; however, Haydn gained recognition throughout the entire continent, which was reflected by the commission mentioned above. The composer created a piece of art that was highly unconventional and unprecedented: Die sieben letzten Worte unseres Erlösers am Kreuze, including seven sonatas written for orchestra (all in slow tempos: adagio, largo, grave and lento) preceded by an introduction and finished with a lively finale, an illustration of an earthquake that followed the death of Christ. Haydn’s work was a tremendous success – it was performed not only in Cádiz, but also in Vienna, Paris and Berlin. Deeply inspired by the success, the composer soon created a string quarter version (also popular to this day) and, ten years after composing the original, a choral version (its creation was unplanned, but while visiting Passau, Bavaria, Haydn heard a revised version of his work prepared by a local Kapellmeister – hence, he decided to create his own choral version). During an April concert on Holy Wednesday, in a beautiful baroque Holy Cross Church (a truly adequate venue) an original version of Haydn’s masterpiece written for full orchestra will be performed under the legendary British conductor Paul Esswood – one of the most significant pioneers of historically informed performances of early music. His career began in early 1970s when he was a countertenor singer. Esswood rose to fame particularly thanks to his renowned recordings of Bach cantatas conducted by Nikolaus Harnoncourt and Gustav Leonhardt played on period instruments. He participated in numerous recording sessions and concerts around the world. For many years he has also been an established conductor and teacher.