THE CREATION – CONCERT AT THE NATIONAL FORUM OF MUSIC 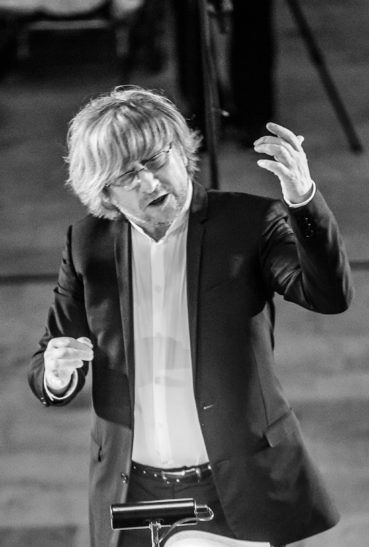 The last period in the work of the Austrian composer Joseph Haydn was the time of working on great religious choral works – oratorios and settings of the mass. One of them, a true gem of late classicism, will be heard at the National Forum of Music conducted by Andrzej Kosendiak.

The source of inspiration for Haydn was the Old Testament book of Genesis. The author of the libretto was the Austrian diplomat Gottfried van Swieten. The text tells the story of the creation of the world, animals and humans. Haydn intended his work for three solo voices (soprano, tenor and bass), choir and orchestra. In the first movement, the singers represent the archangels: Gabriel, Uriel and Raphael, and in the third Adam and Eve. One of the most famous movements in this oratorio is that corresponding to the words: ‘Let there be light!’. The expressive music, accentuated by a rapid change in dynamics, the transition from C minor to C major, symbolizing chaos and darkness, makes a great impression. The composer also presented animals in an effective and often humorous way. We will hear bird trills or the roars of lions.

Haydn’s fame made tickets for the premiere of The Creation in April 1799 at Vienna’s Burgtheater sellout in no time. This work was presented about forty times only during the composer’s lifetime. It was played in Germany, England, Italy, Sweden, Spain, Russia and even in the United States. The piece never fell out of the repertoire. Currently, it is performed by both professional and amateur artists.

Organizer: The National Forum of Music in Wrocław
Tickets: https://bit.ly/3w4i0wz