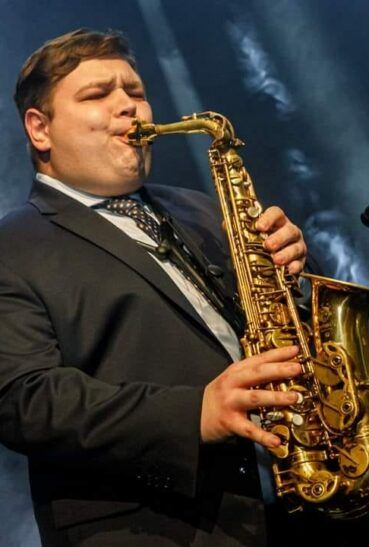 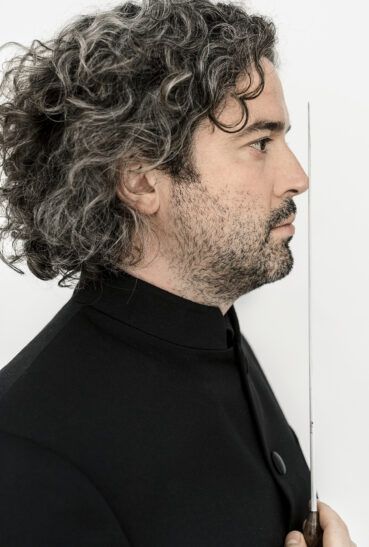 Rafal Jackiewicz was born in 1994 in Nemenčinė in the Vilnius region. In an interview by Ilona Lewandowska for the Vilnius Courier, he recalled the beginnings of his interest in music as follows: “My grandfather played the harmonium, and I became interested in the instrument as a four-year-old child. I was really interested in music, so apart from the primary school, I started to study at the music school in Nemenčinė, I chose the accordion. My parents never forced me to play, they didn’t even have to encourage me. It was my decision from the beginning. Already in primary school I knew that music was the most important thing for me, so I did everything I could to continue my studies at the music conservatory in Vilnius”. It was at this school, under Gennadjus Afanasjev, that he began to study saxophone, which continued with great success in Poland, at the Music Academy in Bydgoszcz.  He graduated with honours in 2019 in the class of saxophone by Maciej Sikola and jazz conducting by Andrzej Zubek. He is the winner of many national and international competitions, such as “Gnesin Jazz” in Moscow (2nd place), School and Jazz Festival in Lubaczów (Main Prize), Padova International Music Competition (1st place) and many others. In 2012, he received a congratulatory letter from the President of Lithuania Dali Grybauskaitė for his musical achievements. He leads his own ensembles and collaborates with many others with whom he has played in many European countries and the USA. With the Rafal Jackiewicz Quartet he released in 2021 the well-received album Sometimes with the leader’s own compositions and improvisations. The musician consistently develops his compositional interests and talents, devoting most of his attention, of course, to the instrument he wields particularly masterfully – the saxophone, but not only.

Apart from the cycle of five pieces for saxophone, jazz trio and orchestra, the program of the monographic concert will also include (for the first time!) a purely orchestral Poem. The composer himself will perform in solo parts, and Wojciech Semerau-Siemianowski, a graduate of Feliks Nowowiejski Academy of Music in Bydgoszcz in the piano class and at Fryderyk Chopin  Music Academy in Warsaw in the conducting class. In 2011–2012, Wojciech Semerau-Siemianowski was the artistic director of the Szczecin Opera, becoming the youngest opera theater director in Poland. He collaborates with many musical institutions in Poland and abroad, including the National Polish Radio Symphony Orchestra in Katowice, the Koszalin Philharmonic, the Silesian Opera and the Warsaw Chamber Opera. His repertoire includes both operas and symphonic music, ranging from classical pieces to great works of the twentieth century. In the 2020/2021 season, as a guest conductor, he established cooperation with the Podlasie Opera and Philharmonic, with which he realized the recording of Stanisław Moniuszko’s opera “Verbum nobile”.