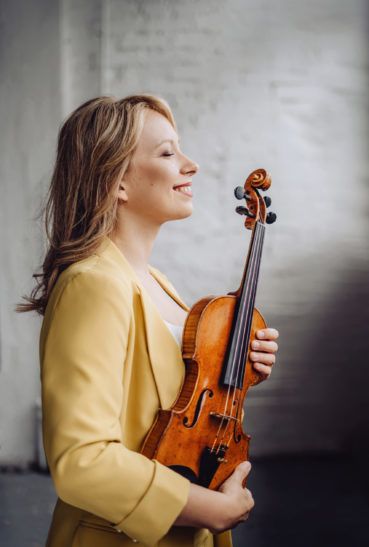 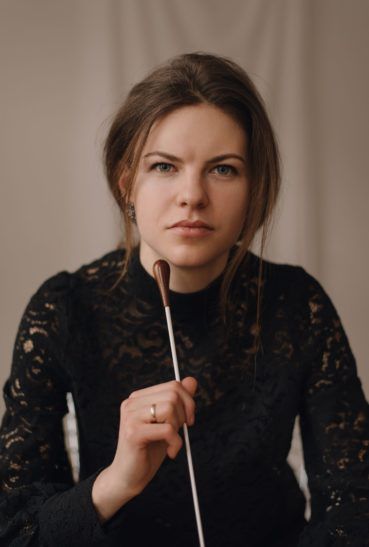 Zygmunt Noskowski, a student of Dobrzyński and Moniuszko who continued his studies at the Akademie der Künste in Berlin, remained faithful to the Romantic style. He was a valued music critic and an excellent teacher, he also headed the Warsaw Music Society. His rich legacy includes numerous piano and chamber works, songs, operas, but his most lasting work is orchestral music, including symphonies, the symphonic poem The Steppe (regarded as the first work of its kind in Polish music), and the popular, vivid and atmospheric Morskie Oko concert overture – an echo of his youthful trip to Podhale and an early example of his musical fascination with the majesty of the Tatra mountains.

Mieczyslaw Karłowicz wished to become a violin virtuoso, yet eventually, he chose the path of a composer. His background of a violinist proved very helpful in his compositional activity, with the Violin Concerto in A Major as the most beautiful fruit of Karłowicz’s work. It premiered in Berlin, where Karłowicz followed his studies, on 21 March 1903 (together with the “Rebirth” Symphony). The premiere featured Stanisław Barcewicz and was performed under the composer’s baton, with the excellent Berlin Philharmonic Orchestra. Young Karłowicz completed this difficult task with success, enchanting the audience of critics. This youthful composition, daring, yet still somewhat “academic” and conservative in form (in some harmonic ideas, however, it already displayed the mature, fully individual style typical for his later great symphonic poems), became one of the most important items in the Polish violin repertoire.

The Concerto in A Major will be performed by Małgorzata Wasiucionek who graduated from The Fryderyk Chopin University of Music in Warsaw in Prof. Roman Lasocki’s class. She also studied at the Mozarteum in Salzburg in Prof. Pierre Amoyal’s class. This winner of numerous international competitions earned her doctorate in music in 2017 and a year later became an assistant professor at the Karol Szymanowski Academy of Music. She teaches the violin class at the Karol Szymanowski Secondary Music School in Katowice and is a lecturer at the Małopolska Talent Academy. As a soloist, Wasiucionek has performed with many orchestras in Poland and abroad, with chamber music as another important part of her artistic activity. She is a member of the Messages Quartet.

Bedřich Smetana is considered to be the father of the national trend in Czech music. The concert programme will recall three selected symphonic miniatures from his Má vlast (My Homeland) cycle. The six symphonic pictures, which suggestively bring forth the images of old legends and places important for Czech history, enchant with the beauty of melodies, vivid orchestration and evocative illustration. Vyšehrad evokes the vision of the proud past of the royal burgh related to the beginnings of the Czech statehood, Vltava charmingly paints the vision of the river changing course in its various sections, while Sarka conjures the figure of the legendary warrior and her clash with the knight Ctirad and his team.

Our Orchestra will express its solidarity with the people of Ukraine by performing Melody in A Minor by Myroslav Skoryk (which will be repeated during subsequent concerts). Skoryk was a prominent figure in Ukrainian music as a composer and musicologist, but also as the artistic director of the Kyiv Opera House. His moving, romantic Melody in A minor was composed with a now forgotten film from 1981 in mind, titled Vysokiy pereval. The work gained autonomous popularity in a number of arrangements. It was also performed during funeral ceremonies for the victims of the pro-European Maidan Uprising in 2013/2014, murdered by Russians and forces favourable to the puppet leader Viktor Yanukovych

This season, Anna Sułkowska-Migoń, who will direct the concert, is collaborating with our orchestra under the “Conductor-Resident” programme of the National Institute of Music and Dance (previously, within the framework of this programme, she cooperated with the Lower Silesian Philharmonic). This young, talented artist is continuing her Master studies in symphonic conducting at the Music Academy of Krakow in Łukasz Borowicz’s class, she also pursues education within the scope of specialisation in “music education – conducting vocal ensembles”. She completed her studies as a violist in Piotr Reichert’s and Katarzyna Budnik’s class at the Fryderyk Chopin University of Music in Warsaw. As a choirmaster, she held the Noël Minet Fund Scholarship and led the Academic Choir of the Ignatianum Academy in Kraków, the Ars Cameralis Choir in Kraków and the school choir at the Wojciech Kilar State Music School in Olkusz. Sułkowska-Migoń collaborated with many conductors and Polish orchestras and participated in numerous master courses. She has interesting achievements as a contestant, conductor and as an organiser of notable musical events. In 2022, she won the international conducting competition “La Maestra 2022” organized by Philharmonie de Paris and Paris Mozart Orchestra. She is also a recipient of the Taki Alsop Fellowship. [pmac]