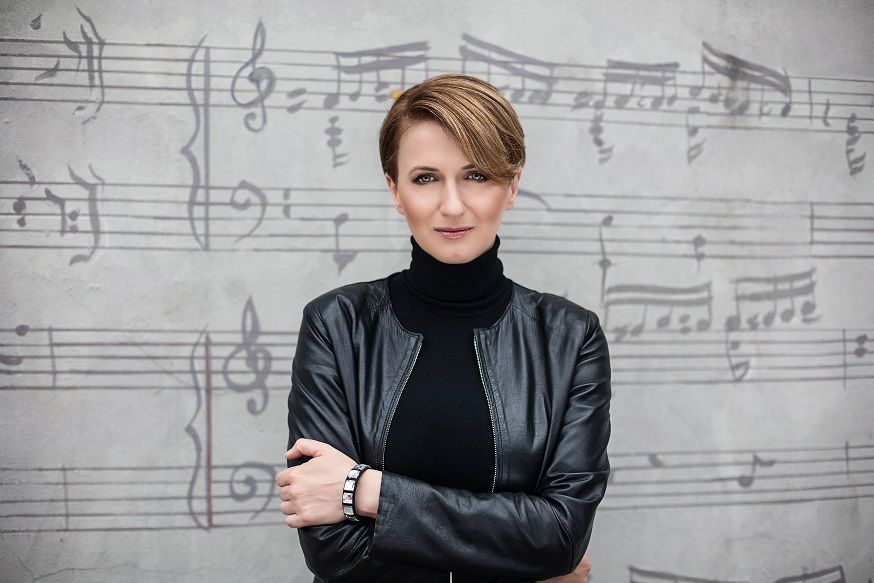 A pair of excellent flute players, ranked among the greatest contemporary virtuosos of this instrument, Agata Kielar-Długosz and Lukasz Długosz, will perform Paweł Mykietyn’s Double Concerto, which premiered (in their performance) in 2016. The artists themselves wrote about this work as follows: “It consists of three attacca movements, the first and third of which are based on the composer’s continuous accelerando technique. The innovative approach to the agogic sphere of the work is extremely interesting. The solo parts – in close symbiosis with the orchestra part – are treated very originally. Paweł Mykietyn’s concert will certainly significantly enrich contemporary flute literature. It is wonderful!”

Manuel de Falla was a representative of another generation of Spanish composers who were looking for ways to reflect the “national idiom” in their music. Contrary to his predecessors such as Albéniz or Granados, however, De Falla rarely quoted folk themes literally. In one of his radio programmes, composer and publicist Roman Palester expressed the following opinion about De Falla’s fascinating ballet El Amor Brujo: “It is probably the most direct and the most captivating piece he wrote. In the piece, De Falla was able to project the entire «canto jondo», which is the primeval, extremely expressive way of folk singing originating from Andalusia, […] full of sharp and nervous rhythm, with melodics inspired by an eternal tradition and expression reflecting gloomy, magic dancing rituals from the one hand, and fresh Andalusian nights on the other.”

Harp is a solo instrument frequently paired with string orchestra (Adagietto from Mahler’s Symphony No. 5, Debussy’s Danse Sacrée et Danse Profane etc.), and this is the set of instruments chosen by Edward Elgar, great English Neo-Romanticist, who in 1914 composed its Sospiri (Sighs), a piece he initially wanted to compose for violin and piano as a pendant to the popular Salut d’amour. The piece finally took the form of a subtle orchestral adagio characterised by peaceful and thoughtful mood.

The concert will be conducted by Monika Wolińska; She debuted as a conductor in 2004 at the Lucerne Festival, under the guidance of Pierre Boulez. She was a long-standing assistant to Maestro Jerzy Semkow and in season 2007/2008 she assisted Professor Krzysztof Penderecki. Monika Wolińska is a fervent promoter of contemporary music. She was a frequent performer at Warsaw Autumn Festival and at concerts from the Generations cycle. In 2013–2017, she worked as an Artistic Director of the Wojciech Kilar Festival of Contemporary Music. In season 2007/2008, she was the principal conductor of the Polish Sinfonia Iuventus Orchestra. In 2013–2017, she was an Artistic Director and conductor of the Gorzów Philharmonic Orchestra. [pmac]