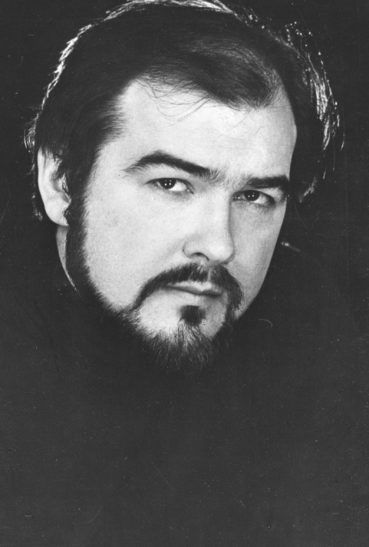 Professor Leonard Mróz, a great Polish bass singer and a valued educator, died on 13 December 2020. Soon after the first anniversary of this sad event, a concert commemorating the Professor, which our Orchestra will also participate in, will be held at the National Philharmonic. This is how Professor Urszula Kryger, Deputy Chancellor for Artistic Affairs at the Academy of Music in Łódź, recollected the Academy’s merited lecturer (he gave lectures since 1997): “A wonderful artist with fantastic voice and world-class career passed away. His interpretations of Russian operas and songs will remain in our memories forever. His unforgettable parts also include roles in Polish operas – as Stolnik in Halka or as Zbigniew in Straszny Dwór (The Haunted Manor) by Stanisław Moniuszko. As an educator, Professor Mróz was devoted to his students. He cared about their comprehensive growth and how their artistic paths would develop.”

He was born on 19 January 1947 in Międzyrzec Podlaski and graduated from the State Higher School of Music in Warsaw in the class of Professor Zofia Brégy (1972). During the studies, he won the first prize at the 6th Stanisław Moniuszko National Vocal Competition in Wrocław (1969). In later years he received numerous awards at many international vocal competitions. For many years he was a soloist at the Grand Theatre in Warsaw (1972-1988). In 1998, he was awarded the title of Professor of Musical Arts. In 2016, he received the Silver Medal for Merit to Culture – Gloria Artis. The audience has remembered the artist mostly for his creations of characters such as Boris Godunov, Don Giovanni, Stolnik or Philippe II. The artist sang on opera stages in Vienna, Budapest, Prague, Moscow, Paris, Parma, Mexico City, Sophia and Philadelphia. He performed in Carnegie Hall during the concert staging of Modest Mussorgsky’s Khovanshchina; as well as at prestigious festivals and as a guest on stages all around the world. His recordings include arias, songs, carols, Orthodox Church music, Wolfgang Amadeus Mozart’s Requiem, Giuseppe Verdi’s Requiem or Stanisław Moniuszko’s Straszny dwór. He also recorded for Erato – Antonín Dvořák’s Requiem and EMI – Modest Mussorgsky’s Boris Godunov or Dmitri Shostakovich’s Katerina Izmailova. In 1994, he debuted as a conductor at the Wrocław Philharmonic, and in later years he conducted performances of pieces by Weber, Mozart and Rossini at the philharmonics in Opole, Wrocław and Białystok.

Tribute to the great singer will be paid by four outstanding soloists, each of whom boasts an impressive output in terms of stage performances, concerts and recordings. They will present an extensive repertoire referring to the artistic emploi of the great artist, including, in the first part, songs by Polish and Russian composers and, in the second part, fragments of the opera he has been associated with most, an impressive fresco from the history of old Russia: Boris Godunov by Modest Mussorgsky.

An important performer at the concert will be the outstanding Choir of the Grand Theatre – National Opera, which will be conducted by the originator of the event, Professor Marcin Nałęcz-Niesiołowski, student of Professor Mróz, vocalist with broad symphony and stage experience as the director of the Podlasie Opera and Philharmonic, the Wrocław opera and a guest conductor of numerous productions at the Grand Theatre – National Opera as well as other opera stages. In 1997-2011, he was the managing and artistic director of the Białystok Philharmonic. He is also the artistic director and conductor of “Mała Filharmonia” Chamber Orchestra. He gave concerts with a number of outstanding orchestras in Poland and abroad and recorded many highly appreciated and awarded albums.

Financed by the Ministry of Culture and National Heritage

Tickets: Bilety24, eBilet and at the ticket office of the National Philharmonic (cash only)