CONCERT DEDICATED TO UKRAINE FIGHTING FOR ITS FREEDOM

We would like to inform you kindly that the program of the concert has been changed. 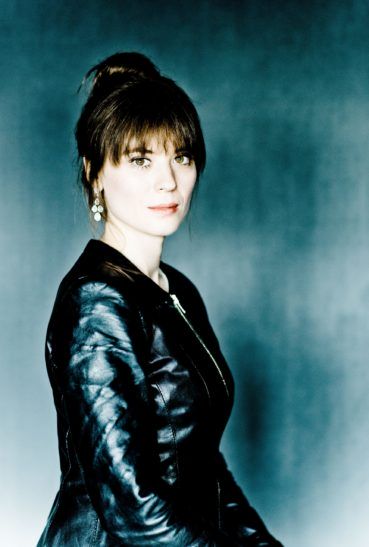 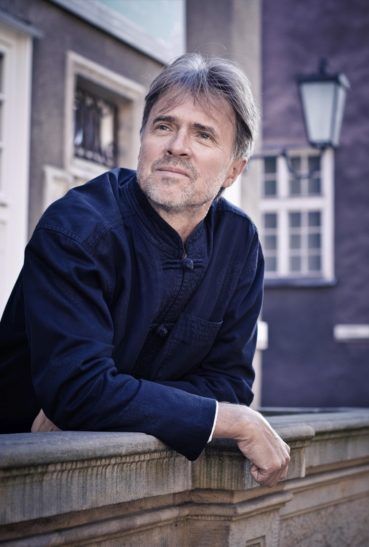 In the tragic time of war when brutally attacked Ukraine is fighting for its freedom and independence, the programmes of concerts – frequently adjusted due to various circumstances – will also feature elements expressing support for this brave nation. The concert will therefore start with Ukraine’s national anthem, Ще не вмерла України ні слава, ні воля (“Ukraine has not yet died, nor her glory, nor her freedom”), the lyrics of which (written by Pavlo Chubynsky) are an intended reference to the incipit of Dąbrowski’s Mazurka. The beautiful piece, composed by Greek Catholic priest Mykhailo Verbytsky, was primarily meant to be used in a theatrical play. Forbidden in the Soviet Union era, it has later become an anthem of a reborn country (in its final form of 2003). The programme will also include pieces composed by artists representing the same generation of Ukrainian music who, however, followed different paths and stylistic trends. Myroslav Skoryk, born in 1938, was a prominent figure in Ukraine’s musical environment as a composer and musicologist, as well as an artistic director of the Kyiv Opera. His moving, romantic Melody in A minor was composed to the now forgotten 1981 film titled Vysokiy pereval and became popular in a number of arrangements. It was also performed during the funeral ceremonies for the victims of the pro-European Maidan Uprising in 2013/2014, murdered by Russians and forces favourable to puppet leader Viktor Yanukovych. Valentyn Silvestrov, one year senior to Skoryk, is one of the most popular Ukrainian composers in the world. His music has undergone an interesting evolution from avant-garde experiments to postmodern turn towards tradition, which his music draws fascinating inspirations from. The Messenger is a particularly interesting example, because the piece includes references to Mozart’s music, decomposed and subjectively arranged into new qualities. It is – next to the moving Requiem for Larissa – one of the pieces commemorating the composer’s wife Larissa Bondarenko, who died in 1996.

Chopin spent his youth in the times when brillant music, characterised by brilliant virtuosity and lightness, was thriving. Fashion for that type of music obviously arrived to Warsaw as well; Chopin’s works from that time also reflect the brillant style. He certainly adored the genre, as it allowed displaying the astonishing piano-playing technique. In later years, however, he started to distance himself from it. His two last pieces that represented the genre were, among others, two piano concertos that proved his exquisite composing skills mastered at the Central School of Music, in the class of Józef Elsner. The masterpieces were composed shortly after one another, in 1829-1830. Contrary to the opus numbering scheme (resulting from the chronology of printed issues), Concerto in F minor, op. 21 was composed first. What made both of these works so successful was the fact that they differed from conventional pieces, not as much in their form and structure, but, above all, in their expression: subjective and honest, perfectly reflecting the essence of the way “romanticism” was understood back then. The Warsaw premiere of Concerto in F minor (in the National Theatre in 1830) aroused great enthusiasm among audiences and critics, whereas Maurycy Mochnacki published his famous, prophetic opinion in “The Polish Courier”: “…this unique piece by the extraordinary and brilliant composer places him among the most exquisite European composers. Indeed! He who starts off with such flair, will spread his name far and wide.”

During the concert, the solo piano parts will be performed by Anna Fedorova, an eminent Ukrainian artist from a family of concert musicians. In the age of 7 she debuted in the Ukrainian National Philharmonic. Winner of numerous international piano competitions, including the Chopin Competition in Moscow (2004), the Dorothy Mackenzie International Piano Competition in New York and the competition in Tbilisi (2005). In 2009, she received First Prize in the 8th International Competition for Young Pianists Arthur Rubinstein in memoriam in Bydgoszcz. She performs solo, as a chamber musician and with symphonic orchestras during concerts in such prestigious halls as Carnegie Hall, Concertgebouw, Théâtre des Champs-Élysées or Zurich Tonhalle She gave performances at prestigious festivals in Germany, France, Italy, Ukraine, the United States, Mexico and Argentina, and is also well known to Polish audiences.

Each of Brahms’s four symphonies is unique and very different from the other ones. Symphony No. 3 in F major abounds in contrasting elements and, compared with the cheerful Symphony No. 2, is far more emotional and dramatic (which is particularly heard in the rhapsodic, exalted first part), ecstatic Edward Hanslick, an influential critic and Brahms’s friend, therefore compared it to Beethoven’s Eroica. The symphony won the greatest popularity owing to its beautiful third part, Poco allegretto, unusually expressive and filled with boundless nostalgia. Its main theme has impacted the way Brahms is contemporarily perceived, since it was used in Anatole Litvak’s famous film, Aimez-vous Brahms? (1961), based on Françoise Sagan’s novel. The immense success of the film, starring Ingrid Bergman and Yves Montand, made the French suddenly “discover” and love Brahms’s music, which had earlier been treated with reserve on a wave of hate towards everything that was German, following the tragic war experiences.

The concert will be directed by outstanding conductor Paweł Przytocki, the Artistic Director of the Arthur Rubinstein Philharmonic in Łódź since the 2017-2018 season. He also collaborates with most philharmonic orchestras in Poland, as well as symphonic and chamber ensembles abroad. As a valued pedagogue, he is associated with the Conducting Department of the Academy of Music in Krakow, where he teaches his own class on musical direction. [pmac]

Tickets: eBilet, Polskie Radio – bilety24  and in the box office of the Witold Lutosławski Concert Studio of Polish Radio