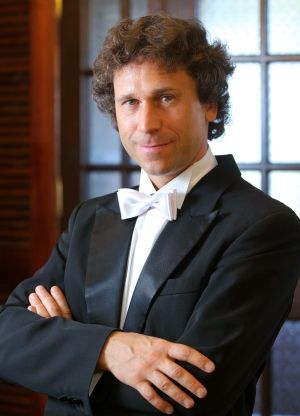 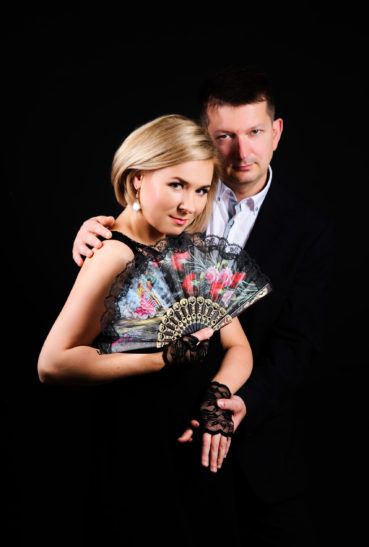 In the tragic time of war when brutally attacked Ukraine is fighting for its freedom and independence, the programmes of concerts – frequently adjusted due to various circumstances – will also feature elements expressing support for this brave nation. The concert will therefore start with Ukraine’s national anthem, Ще не вмерла України ні слава, ні воля (“Ukraine has not yet died, nor her glory, nor her freedom”), the lyrics of which (written by Pavlo Chubynsky) are an intended reference to the incipit of Dąbrowski’s Mazurka. The beautiful piece, composed by Greek Catholic priest Mykhailo Verbytsky, was primarily meant to be used in a theatrical play. Forbidden in the Soviet Union era, it has later become an anthem of a reborn country (in its final form of 2003). The programme will also include pieces composed by artists representing the same generation of Ukrainian music who, however, followed different paths and stylistic trends. Myroslav Skoryk, born in 1938, was a prominent figure in Ukraine’s musical environment as a composer and musicologist, as well as an artistic director of the Kyiv Opera. His moving, romantic Melody in A minor was composed to the now forgotten 1981 film titled Vysokiy pereval and became popular in a number of arrangements. It was also performed during the funeral ceremonies for the victims of the pro-European Maidan Uprising in 2013/2014, murdered by Russians and forces favourable to puppet leader Viktor Yanukovych.

Artists Max Bruch and Johannes Brahms were close in age (incidentally, they knew and respected one another) and style – both represented late Romanticism in German music and its melodic line, which they considered to be the continuation of classical style with their mutual appreciation for cyclical forms with fixed architecture and “absolute” music, free from programmatic appeals. However, while Brahms gained great recognition and fame, Bruch remained more in the shadows and to this day is known primarily for his outstanding, early Violin Concerto No. 1, which he finished editing at the age of thirty. The rest of his rich repertoire is performed on concert stages less frequently, making an opportunity to listen to this beautiful, late work by Bruch, Concerto in A minor for two pianos from 1912, all the more enjoyable. The inspiration behind Bruch’s composition was a piece by two American pianists – sisters Rose and Ottilie Sutro – who arbitrarily changed the work, never performing the original version, which was also unknown to researchers and the public for a long time. It was sometimes considered a version of the Double Concerto for clarinet and viola, Op. 88. It only became possible to reconstruct the work and establish its autonomy from the concerto (it incorporates material from the unfinished Third Suite for organ and orchestra) when the score was found half a century later. A work full of full of drama and emotional elation with some darker tones in part I and a joyful and “heroic” finale which betrays the piece’s origins in organ music with the use of a fascinating polyphony. It will be performed by one of the most famous Polish piano duos – Chopin Piano Duo – an ensemble composed since 2014 of Anna Boczar and Bartłomiej Kominek, both of whom are developing successful solo careers. In 2015, the artists performed the Polish premiere of this concerto (with the Kraków Philharmonic, directed by Daniel Smith).

Johannes Brahms matured a long time before attempting a symphony – he finished his first work of this kind at the age of 43, but composed the second very quickly (1877), only a year after the premiere of Symphony No. 1. In terms of expression, these are very different works. As influential critic and Brahms admirer Eduard Hanslick wrote with delight about the Symphony in D major: “Brahms’ Symphony No. 1, composed one year earlier, was a piece for serious connoisseurs, able to examine it as if under a magnifying glass and follow its golden thread. Symphony No. 2, however, like the sun, warms connoisseurs and amateurs alike and belongs to all those who long for good music. It radiates healthy freshness and clarity”. The piece emphasised cheerful, pastoral moods, but was not free of the author’s characteristic hints of melancholy.

Jan Miłosz Zarzycki will be directing. In 1994, Zarzycki graduated with honours from the conducting class of Marek Pijarowski in Wrocław. He then completed his studies in direction in Vienna and Berlin. Zarzycki is also a graduate of the Instrumental Department of the Karol Szymanowski Academy of Music in Katowice (1990), where he won many awards at music competitions as a violinist. He has also been a finalist and laureate of prestigious international conducting competitions in Italy, Spain and Hungary. Zarzycki has collaborated with the Polish National Radio Symphony Orchestra in Katowice, the Sinfonia Varsovia orchestra and the Warsaw Chamber Opera. He is the Managing and Artistic Director of the Witold Lutosławski Chamber Philharmonic in Łomża. His artistic achievements include over a dozen well-received albums and numerous concerts with leading symphony and opera orchestras in Poland and abroad.  [pmac]