ATTENTION! We would like to propose for the refugees from Ukraine as well as their Polish attendants free admission to the concert entitled BEETHOVEN | SKORYK | BACEWICZ | HAYDN. We hope that the Polish guardians will help to forward this information to the person who would like to participate in this event as well as will help to reach the place of the concert.
We would like to ask the all interested persons to send the e-mail containing their name and surname to the address: bilety@sinfoniaiuventus.pl up to March 25,2022, 11 am. 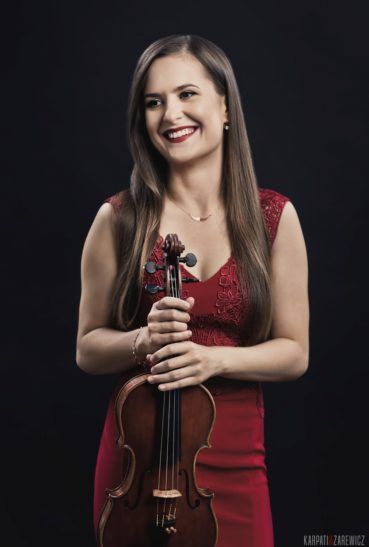 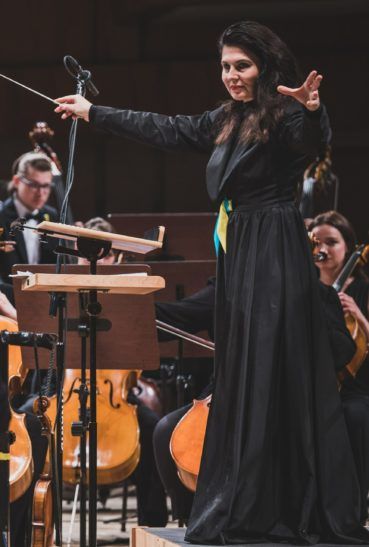 In the tragic time of war when brutally attacked Ukraine is fighting for its freedom and independence, the programmes of concerts – frequently adjusted due to various circumstances – will also feature elements expressing support for this brave nation. Therefore, the concert will begin with the composition We are, a paraphrase of the melody of the national anthem of Ukraine, Ще не вмерла України ні слава, ні воля (“Ukraine has not yet died, nor her glory, nor her freedom”).
Myroslav Skoryk, born in 1938, was a prominent figure in Ukraine’s musical environment as a composer and musicologist, as well as an artistic director of the Kyiv Opera. His moving, romantic Melody in A minor was composed to the now forgotten 1981 film titled Vysokiy pereval and became popular in a number of arrangements. It was also performed during the funeral ceremonies for the victims of the pro-European Maidan Uprising in 2013/2014, murdered by Russians and forces favourable to puppet leader Viktor Yanukovych.

Two cycles of six pieces, known as the London Symphonies (No. 93-104), provide a symphonic summary of Joseph Haydn’s work. They were composed in connection with the longest trips Haydn ever undertook during his long life: in 1790, he accepted an invitation from Johann Peter Salomon, a German violinist as well as impresario in London at the time. In appreciation for his incredibly warm reception in London, he created a monumental cycle of epic symphonic masterpieces, 12 symphonies divided into two groups, one from each tour (his second trip took place in 1794-1795). Several of them contain musical “extravagances” and the jokes for which Haydn was famous. One of these appears in the next to last of the London Symphonies, No. 103. Symphony in E flat major, which begins with a mysterious “drumroll” on the timpani from which the piece received its well-known nickname.

This simple rhythm of timpani percussion is also featured at the beginning of one of Ludwig van Beethoven’s violin concertos; the composer was a master in creating outstanding and complex musical constructions based on simple “introductory” motives. The Concerto in D major is a fascinating demonstration of the way in which the “nucleus” of grand form architecture can be provided by even the simplest purely rhythmic motif, from which the entire structure of the first movement is derived. The premiere performance of this innovative work by Franz Clement (1806) received a cool reception and it wasn’t until the sensational interpretation of teenage virtuoso Joseph Joachim in 1844 under the direction of Felix Mendelssohn that interest grew in this fascinating work, which changed the assumptions of the genre and thereafter became one of the most popular pieces in the repertoire of 19th-century violinists (many of whom created their own signature cadences for it).

The solo part will be performed by Karolina Nowotczyńska, the concertmistress and Director of the Elbląg Chamber Orchestra. Nowotczyńska graduated with honours from the Stanisław Moniuszko Academy of Music in Gdańsk, where she studied under Prof. Krystyna Jurecka. The winner of many prestigious international competitions, she is an active performer (including as a chamber musician) and pedagogue.

Grażyna Bacewicz’s appealing Concerto for String Orchestra from 1948 engages with the musical past in an interesting discourse. The three-part structure in the arrangement of the “fast-slow-fast” parts and an evolutionary motif referring to the Baroque era (Stefan Kisielewski wrote about it jokingly: “such a modern Brandenburg Concert”) combines elements of classicising transformation technique, and the concertante technique remains distributed among various instruments of the ensemble (at times similar to concerto grosso; by the way, this work sometimes functioned under precisely that name). Despite numerous and multiple references to musical tradition, the Concerto uses a rich and advanced, very “20th-century” sound language (although within the framework of the neoclassical convention) with interesting harmonics, original melodic (sometimes quasi-folk) invention, and above all – great sensitivity to timbre.

The concert will be conducted by Victoria Zhadko. Maestro is the first Ukrainian conductor who received a large number of awards of the international competitions for the conductors in Denmark, Netherlands, Italy, Russia, Ukraine. She is also the 1st prize – winner  of the prestigious Grzegorz Fitelberg international competition in Katowice in 1995. In the next years Victoria Zhadko was the first Ukrainian conductor who was invited to the jury of this competition.  She cooperated with the best orchestras in Europe, South America and Asia, performing with the outstanding  soloists. She conducted the operas and ballet performances. Maestro recorded lots of contemporary music, especially the Ukrainian one, which plays the special role in her repertoire. In her output there is a big number of the first performances whereas a lot of pieces arised on her own initiative. Maestro is the valued teacher.  [pmac]