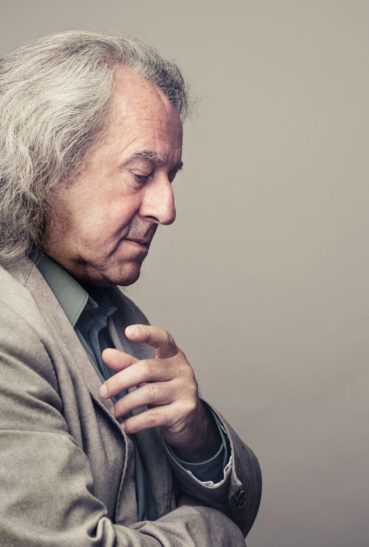 The season we are opening with this concert is particularly important for us as we enter our 15th year of activity! Polish Sinfonia Iuventus Orchestra was founded on the initiative of Jerzy Semkow, one of Poland’s most eminent conductors, and was established by the Minister of Culture and National Heritage by decree of 1 October 2007. These years confirm how important and necessary this project was and how high our ensemble has achieved during this time, giving the opportunity for the development of very many young musicians, the satisfaction of presenting an interesting and original repertoire, and the enjoyment of concert audiences and listeners to our recordings.
The art of opera always fascinated Beethoven, but for a long time he could not find a suitable libretto. The only idea that lived to see realisation was a text based on Jean Nicolas Bouilly’s drama Léonore, ou l’amour conjugal telling the story of a married couple, Leonore and Florestan, unjustly imprisoned and bravely rescued by his wife. This sublime apotheosis of conjugal love and at the same time the love of freedom was developed by Beethoven in the form of a singspiel with spoken dialogues, while in the musical layer it refers to the style of the great, pathetic French opera of the post-revolutionary era. The author reworked his Leonora several times until the last revision (in which the title Fidelio appeared) achieved the desired success in 1814. Traces of the numerous variants include as many as four overtures to the opera, of which Leonora III with its famous ‘military’ trumpet solo and the last, Fidelio, are particularly popular.
While Robert Schumann’s Piano Concerto in A minor (1845) became an emblematic work for its era, his Cello Concerto in A minor was received with mixed feelings at the time of its premiere (only in 1860, four years after the author’s death, Ludwig Ebert was the soloist). The work surprised listeners of the time with its extravagant form and unusual, exuberant expression. Schumann here develops ideas present in the piano concerto and symphonies, seeking methods of emphasising the integrity of the cyclic form (performed attaca, with no breaks between movements). As with many ‘prophetic’ works that go beyond the conventions of their era, the Cello Concerto was also appreciated years later, when new trends completely changed the perspective of its reception – although even today this extraordinarily beautiful work is inferior in popularity to other concertos for this instrument. The soloist for the inaugural concert will be Tomasz Strahl, one of the most highly-regarded cellists of his generation, boasting outstanding concert and recording achievements. He studied cello with Kazimierz Michalik at the Warsaw Music Academy, from which he graduated in 1989. As a scholarship holder of the Austrian Government, he took a one-year postgraduate course at the Hochschule für Musik und Darstellende Kunst in Vienna with Tobias Kühne. In 1991 he was awarded the first prize of the 5th International Nicanor Zabaleta Music Competition in San Francisco. He is an academic lecturer and conducts numerous masterclasses in Poland and abroad.
With its name, Witold Lutosławski’s Concerto for Orchestra somewhat ‘questions’ the genre’s assumptions suggesting a confrontation between soloist and orchestra. Rather, it is a reference to the old form of the ‘ensemble concerto’ in which all the musicians in the orchestra showed off their equal, quasi-soloist virtuosity. Commissioned by Witold Rowicki in 1950, it was completed after four years. The composer was plagued by doubts and dilemmas – the work ‘based on folk motifs’ was supposed to fit into the folklore trend favoured in the gloomy socialist realist times, but its political context was extremely alien to Lutosławski. Thus, he created a work independent of these postulates, developing rather the best ideas of artistic sublimation of folklore, present, after all, also in the classicising music of the interwar period. In later years, he spoke of his Concerto with detachment, and his artistic path took a completely different direction, but the lively, colourful, perfectly structured work won lasting acclaim from audiences and conductors alike.
Marek Pijarowski, who conducts the concert, is one of the leading Polish conductors, active on many national and international stages, valued as a pedagogue and juror of competitions, with a rich portfolio of acclaimed recordings. After studying at the Academy of Music in Wrocław in Tadeusz Strugała’s class, he honed his skills in Weimar with Arvid Jansons and in Vienna with Carl Österreicher. In 1975 he was given the position of second conductor, from 1980 to 2002 he was chief and artistic director of the Wrocław Philharmonic, and from 2007 to 2021 he was conductor-in-chief of the Poznań Philharmonic Orchestra. In 2021 he celebrated the jubilee of his 70th birthday and 50 years of artistic work. [pmac]