Dear Sirs,
we would like to inform you kindly that the first performance of the new work, Concerto malinconico for tenor saxophone and orchestra composed by Piotr Moss will be moved to the concert of September 10, 2022 at Witold Lutosławski Polish Radio Concert Studio, Warsaw.
In the programme of the concert of June 18, 2022 you can find another piece of work, Violin Concert no. 1, Op. 35 by Karol Szymanowski which will be performed by the outstanding violinist Anna Maria Staśkiewicz. Broadcast on YouTube channel is cancelled.
We apologise for any inconveniences! 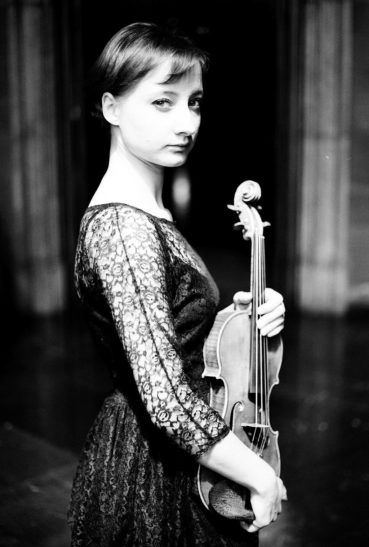 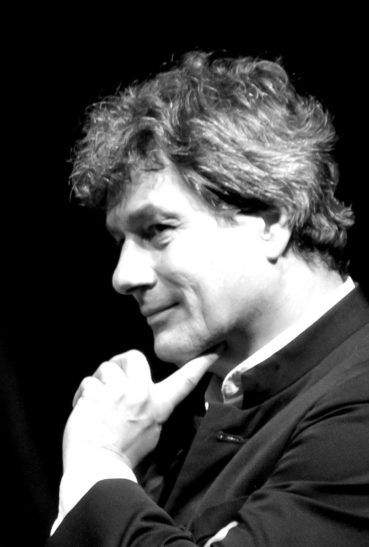 There is some debate as to who Mozart’s Symphony in C major is named after – ‘Jupiter’ (not the author, it appeared in the 19th century), indicating ‘divine’ perfection and power. Romantic commentators spoke of this symphony with particular emphasis and admiration, especially because of the dazzling, elaborate finale using polyphonic shaping devices and fascinating harmonics. The thirty-two-year-old Mozart did not write it as a “farewell” to the world of symphonies, nor as a musical testament, but fate meant that the work was to prove to be his opus ultimum of the genre. One can see in it – assumed or not – a beautiful tribute to the art of the beloved masters: Bach, Haendel and the Haydn brothers.Grażyna Bacewicz’s motoric Overture for orchestra, full of energy and sparkling with spectacular sounds, was written during the difficult period of German occupation and premiered during one of the first major post-war musical events – the Festival of Polish Contemporary Music in Krakow under the baton of Mieczysław Mierzejewski. The composer studied in Paris with Nadia Boulanger, and the last generation of the great master’s students, particularly valued by many Polish artists, includes the extremely versatile artist Piotr Moss, who has lived in France for decades, but is also constantly present on Polish stages (other masters of his were Grażyna Bacewicz herself, as well as Piotr Perkowski and Krzysztof Penderecki).

Violin Concert no.1 by Karol Szymanowski dedicated to Paweł Kochański was composed at Zarudzie of the Eastern Borderlines during the 1st World War. There was the very specific period of time when the composer had the memory of the beauty of the  Mediterranean landscape and brilliance of the Italian culture which he had discovered several years before. Unfortunately the historic thunderstorms shortly destroyed this idyllic world of his childhood. The pieces of that time were the expression of the characteristic escapism to the most sublime musical sensualism. He wrote to his friend, Stefan Spiess: „….I am very happy of the whole, once again the different notes and at the same time – comeback to the old. The completeness  very fantastic and unexpected”. The phenomenal concert is the creative zenith of that period of time and up today it raises the admiration by its genuine form and nicetes of the sound.

The motorial, full of power Overture for Orchestra by Grażyna Bacewicz was composed in the difficult times of the Germain occupation; its premiere was to be held during one of the most important events – Festival of the Polish Contemporary Music in Cracow under the direction of Mieczysław Mierzejewski.

Our Orchestra will express its solidarity with the people of Ukraine by performing Melody in A Minor by Myroslav Skoryk (which will be repeated during subsequent concerts). Moving, romantic Melody in A minor was composed with a film from 1981 in mind, titled Vysokiy pereval. The work gained popularity in a number of arrangements. It was also performed during the funeral ceremonies for the victims of the Maidan Uprising in 2013/2014, murdered by Russians and forces favourable to puppet leader Viktor Yanukovych.

The conductor of the evening, Mirosław Jacek Błaszczyk, is a person very well known to the listeners of our concerts, as he is currently a member of the Artistic Council – the artistic coordinator of the Polish Sinfonia Iuventus Orchestra. He has conducted the State Symphony Orchestra in Zabrze, philharmonic halls in Białystok, Poznań, the Silesian Philharmonic (successfully conducted it for two decades), his concert output includes an impressive number of performances and recordings with the most important Polish and foreign ensembles. Since 1999 he has been the artistic director and jury member of the Grzegorz Fitelberg International Competition for Conductors in Katowice (as well as many other important competitions for conductors). [pmac]

Please send your applications by June 15, 2022 to the e-mail address bilety@sinfoniaiuventus.pl along with the number of sits which you are interested in (4 places for 1 application), the name and surname of all people who want to participate in the event. Everyone will receive the confirmation of granting the entrance ticket / tickets.
The entrance tickets will be issued on the day of the concert, one hour before the start of the event, at the box office of the Witold Lutosławski Polish Radio Concert Studio.